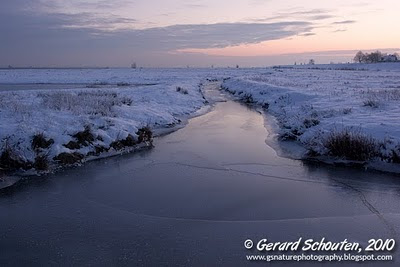 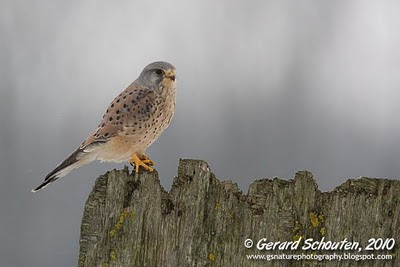 Today I made a birdwatch tour in Zeeland together with Arie Ouwerkerk and his father. At 8h AM sharp we had an appointment on the dike near the small village Den Bommel. I could not resist the temptation to photograph the icy ditch at the foot of the dike, just before the cold sun-rise while waiting at the rendez-vous point (they were stuck in a heavy traffic jam).
Kestrels (Falco tinnunculus/Torenvalk) are better approachable because of the cold weather. This perching ♂ was photographed from a mobile hide (Arie’s car).
Posted by Gerard Schouten at 19:07