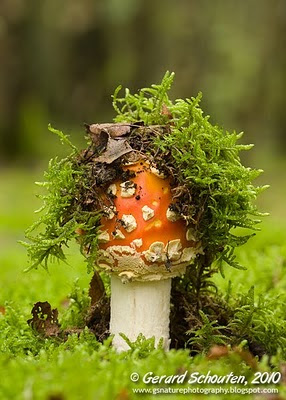 Thank God, not only that there are Fly Agarics (Amanita muscaria/Vliegenzwam), but also that they are very common. Every autumn these photogenic fungi can be found just ‘around the corner’. The light rain made the mosses appear fresh and vivid.
By the way, did you know that:
Posted by Gerard Schouten at 12:22