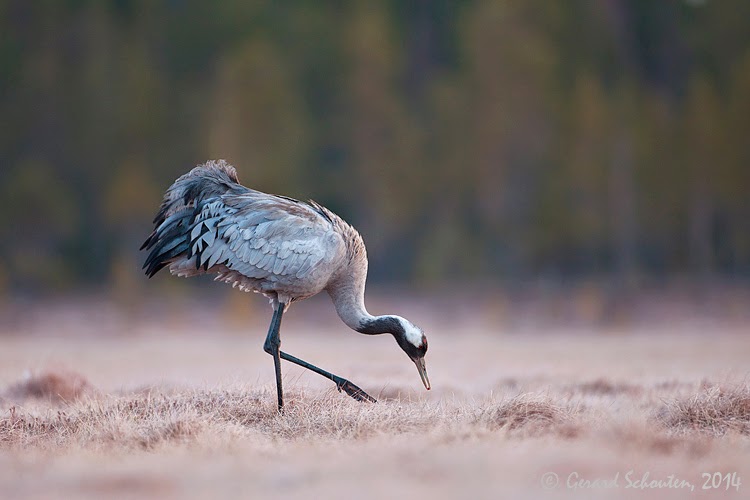 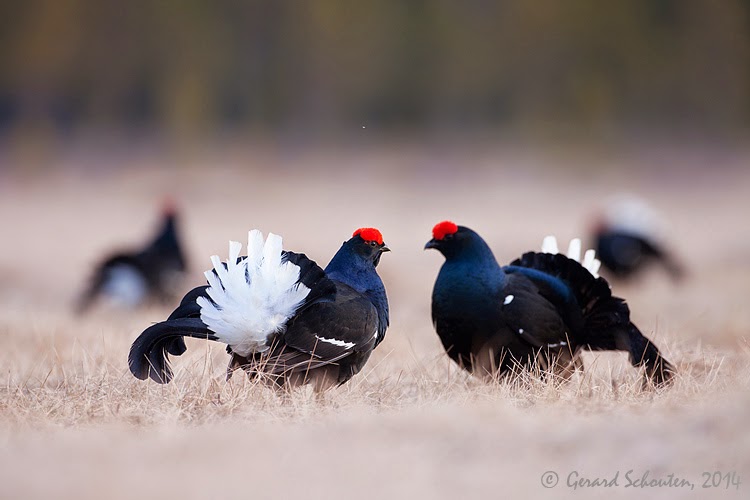 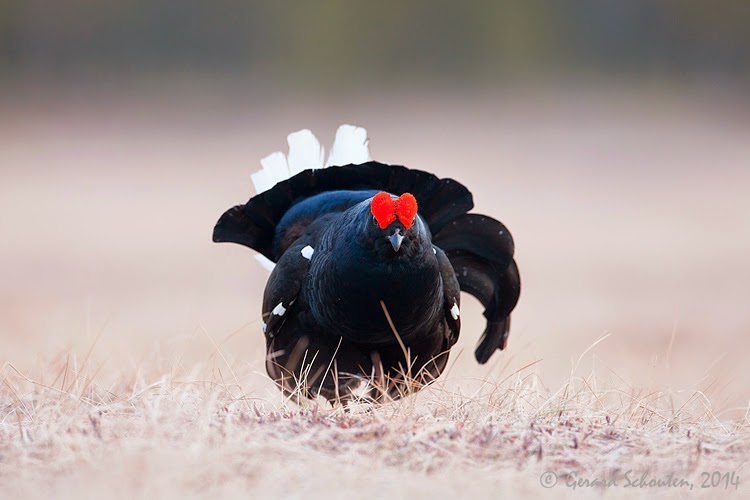 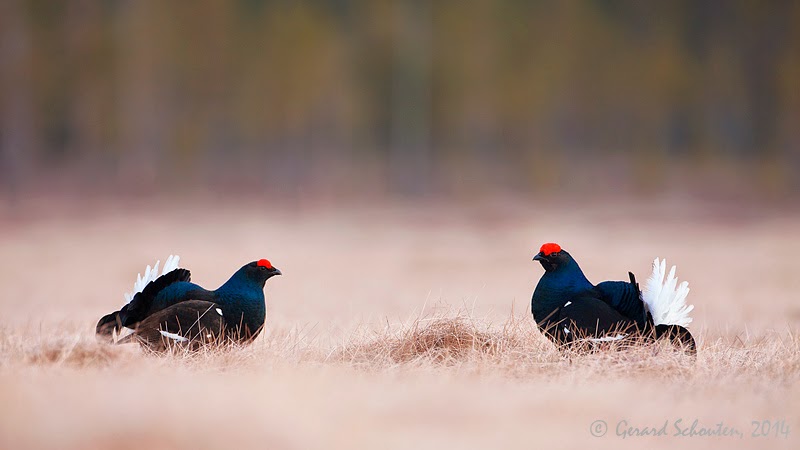 I have never started a nature photo trip like this. We (Jos van de Kerkhof and I) arrived yesterday evening around 22h30 at Skellefteå airport in Västerbottens län, Sweden. I looked over my shoulder when we crossed the platform and walked over the tarmac towards the airport buildings. The SAS plane was beautifully lit-out against the late evening sky that was still not completely dark at this time of year. A pity that I could not take any photos (my tripod was in my suitcase). At this small northern airport it was easy to spot our guide Conny Lundström (I looked-up his photo on Facebook). We shook hands with Conny and his wife Catharina, picked up our bags, and left in a 4 wheel-drive Toyota. After a 2-hour drive we stopped at what looked like an arbitrary spot. Some snow patches were still present at the roadside. In the dark we changed clothes and put on our rubber boots. Soon after that we followed Conny for a 15-minute walk on the bog; 3 torch lights struggling to go forward on this marshland in the middle of the night, that must be a funny sight. Soon I spotted a 2´2 wooden hide and 2 small tents; we arrived at the Black Grouse lek! After I installed in the tent I tried to catch some sleep, without success. I was too excited about what was going to happen. Then, all of a sudden I heard the first drawn-out “kakakakakakeh” besides my tent, and 5 minutes later I was surrounded by a wall of rookooing sounds. Before I zipped open my tent I checked my iPhone, 2h15! The view was unbelievable. About 20 Black Grouse (Tetrao tetrix/Korhoen) were moving around, threatening and fighting, faint red stripes in the sky already announced the day. The AF didn’t work, it was still too dark, but there was plenty of time, the light increased all the time, very slowly. Around sunrise 2 Cranes (Grus grus/Kraanvogel) visited the bog. The Black Grouse display went on until 7h30. Below you find some impressions. Around 9 o’clock Conny picked us up and we drove to his house in the hamlet Kalvträsk (35 inhabitants) for a proper breakfast, smiling faces!