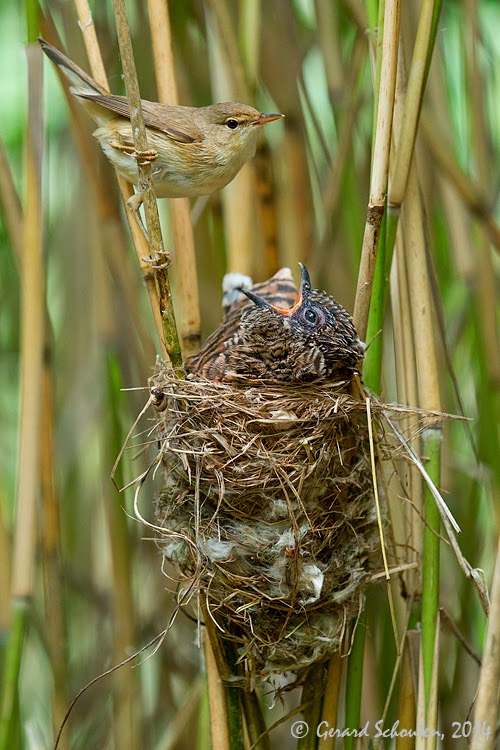 Nature is full of deceit. All tricks to survive are allowed. The Cuckoo (Cuculus canorus/Koekoek) is a brood parasite. They specialize and lay eggs that closely resemble the eggs of their chosen host (egg mimicry). After mating, ♀♀ try to locate nests of host parents, such as in this case a Reed Warbler (Acrocephalus scirpaceus/Kleine Karakiet). When the nest is found she deposit one egg of her own and removes one host egg. The Cuckoo egg hatches earlier than the host’s, and the Cuckoo chick grows faster; in most cases the chick immediately evicts the eggs or young of the host species. The chick encourages the host parents to keep pace with its high growth rate with its rapid begging call and open mouth. In this stage the deceit looks really ridiculous for an outsider. The Cuckoo chick outsizes the host parents and completely fills up the nest. This shows how far parental love can go …

Posted by Gerard Schouten at 14:04