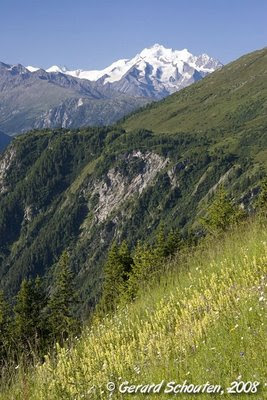 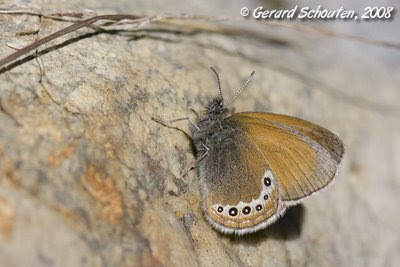 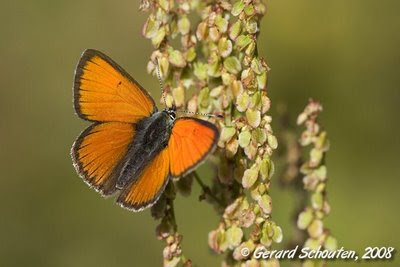 In the summer holiday my wife and I stayed in the Swiss Alps (Belalp, Oberwallis) for one week. Yes I know, far too short! We hired a small chalet at 1700m altitude. The open forest and the alpine grasslands are a paradise for butterflies. The first photo shows the view from the Belalp on a clear sunny morning with the Mischabel Gruppe (with the Dom 4545m as the highest peak) in the far background. Species that I liked to photograph were Alpine Heath (Coenonympha gardetta/Alpenhooibeestje) and Purple-edged Copper (Lycaena hippothoe/Rode Vuurvlinder). This is by far the most intense red I ever saw; it really looks like the upperwings shine (instead of reflect). Note that the high-altitude form is devoid of the purple reflections.
Posted by Gerard Schouten at 08:51